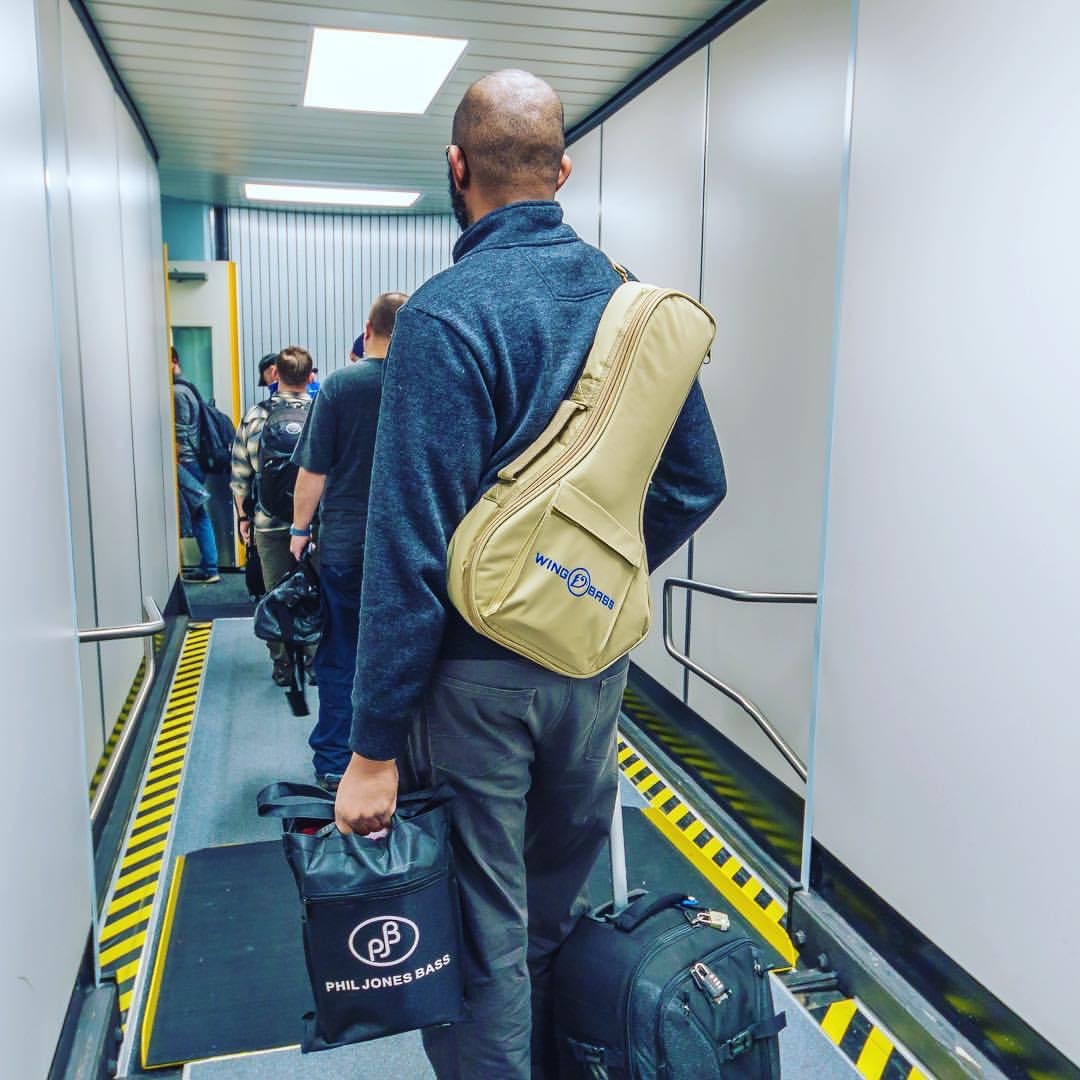 Touring with the Wing Bass and Phil Jones Bass Amps!

Traveling with the wing bass on airplanes have been quite pleasurable. For the first time I am not being told to gate check my bass… WOW! As a matter of fact, the wing bass fits underneath the seat of the aircraft. I also use the Phil Jones Bass amps,  the PJB Double Four and the PJB Bass Pulse One with a pair of PJB Cab 47. For the first time I am able to have my bass amp as a carry-on… Incredible! For larger venues I use the Bass Pulse One and Cab47 and Solo show I use the Double Four.

I have been searching for the right amp for my sound for about three years. It was maybe by devine intervention or some would say dumb luck…LOL, that I found out about Phile Jones products. The short version is, I met Andy Brown at Summer NAMM Show 2016 in Nashville, I probably went to his booth about three or four time during the time we were there for the weekend. The first time I met him, he was so warm and welcoming to me. We instant became friends and as soon as I tried the wing bass, I knew that instrument would some day be mine. Anyway fast forward a year and I had received my own wing bass and have been playing for months, we went to Winter NAMM 2017 (thanks to Andy Brown for the invite). I told Andy I am in the market for a bass amp, Andy said “That easy, let me introduce you to a guy” Andy introduced me to Phil Jones, an incredibly humble and friend person. The rest is history… I now play Phil Jones Bass amps and I am very happy.

The wing bass will definitely be a permanent tool in my musical arsenal. The perfect bass for travel. Enjoy the videos!

2 thoughts on “Touring with the Wing Bass and Phil Jones Bass Amps!”